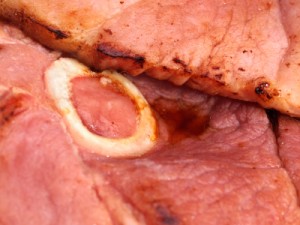 Labor Day In Kid Speak (the language of children), Memorial Day is good (school’s out; summer’s here) and Labor Day is bad (back to school, summer’s over). Also, in many parts of the country, September is the hottest and stickiest month of the year.

As with many things in American life, the current observance practices of Labor Day differ significantly from what was originally conceived.

This national holiday was launched in 1894 as a means to soothe the unruly temperaments of unionists following the debilitating national railway walkout known as the Pullman Strike.

With the decline of union influence today, Labor Day has been relegated as a day to honor the American worker. It celebrates the social and economic contributions made by the millions of us who toil endlessly to support our families and to put food on the table.

In today’s fast-paced world, the three-day weekend now signals the end of the summer season, the beginning of the school year and is further promoted by massive retail sales campaigns, parades, and, of course, barbecues.

Americans simply never get tired of outdoor grilling. It is in our genetic code to prepare a chunk of meat and lovingly tend it over glowing embers (or sputtering propane).

Since barbecuing is largely a family and friends affair and meant to feed many people, consider tackling a large, bone-in pork shoulder roast for your Labor Day holiday feast. While the shoulder roast doesn’t have the panache of its more elegant cousin, the pork tenderloin, it is often on sale this time of year and can easily feed a crowd. It sounds a little rough; indeed, it does look a little like a dinosaur cut due to its size, but once sliced into steaks by your butcher, it is simple to season, grill, and results in a beautiful, succulently tasty  meal. You can have the bone removed, but leaving it in makes a remarkable difference in the flavor.

A Labor Day Feast Fit for a Crowd
Cuisine: American
Author: 700 South Deli
Prep time: 20 mins
Cook time: 35 mins
Total time: 55 mins
Ingredients
Instructions
Notes
Tip: Try to always have a jar handy of extra-virgin olive oil in which a few split fresh cloves of garlic have been added. This will keep for weeks in the fridge and will impart the most delightful of flavors to anything you are grilling or sautéing: it works beautifully on salmon, chicken, beef, lamb and pork. The oil can be used as a pre-grilling flavoring agent or brushed on at the end of the grill cycle.[br][br]The seasoning used here is very simple. There is no need to get fancy because you don’t want anything to mask the superb flavor of the meat.
3.2.2310

The food and service were excellent. Everybody loved the food. The BBQ chicken was the favorite followed by the pasta salad.